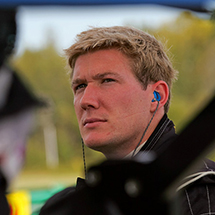 Andrew Hendricks is a young American racecar driver and entrepreneur who began his Professional career in 2008, starting off his rookie season with the inaugural Ford Racing, Mustang Challenge series for the Miller Cup. In addition to driving the No.5 Mustang FR500S, Andrew managed StableOne Racing’s three car team of drivers Andrew Caddell and Terry Borcheller, helping bring StableOne its first series Championship.

He hasn’t looked back since, Andrew has proven that he has what it takes, personally nabbing a top 10 in series points within only his second year of the Mustang Challenge series. After retiring the Mustang, Andrew stepped up Series, debuting in the 2009 Grand-Am Koni Challenge, Grand Sport season final at Virginia International Raceway. Piloting Fall-Line Motorsports’ BMW M3 with co-driver Terry Borcheller, Andrew sealed his first podium, placing second. 2010 campaign has proven successful Andrew and co-driver Terry Borcheller have raced to the top of the points in Grand-Am’s Continental Tire Sports Car Challenge Series piloting the factory supported BMW M3 racecar.

For Andrew it’s not simply about getting behind the wheel and driving a car to its limits. Andrew prides himself on professionalism, marketability, and, most importantly, success. When he’s not strapped into a 5-point harness, Andrew’s passion for speed and finely tuned engineering isn’t left at the track. Andrew is the President of StableOne, parent company of StableOne Racing. He founded StableOne to establish brand awareness by competing at the highest levels of sports car racing. StableOne is a racing, automotive engineering and clothing company striving to become a leader throughout various levels of professional racing as well as the fashion industry. From the technology and development gained, StableOne will soon provide street production models, bred from racing, to a global market reaching customers through its competitive brand recognition. For more information visit StableOne.com.

Partnership Opportunities. Immerse your business in the excitement, passion and intensity of motorsports, and reach the most loyal fan base in professional sports. Motorsports, the world’s largest spectator sport, is one of the few sports where fans truly embrace their sponsors. Over 73% of Grand Am fans have said that they are positively influenced to purchase a sponsor’s product because of their affiliation with Teams and Drivers competing in the Grand-Am Road Racing Series.﻿

Why partner with Andrew Hendricks? Andrew and the StableOne Team have been featured on the Science Channel, producing a TV documentary “The Science of Speed” as well as “Why We Race” on Discovery HD Theater. Media exposure is also represented by a racing series that started the year with over 70 cars in the hunt with prime-time TV coverage on the Speed Channel. Andrew’s connection into the Media world cannot be matched.  Sponsors may partner with Andrew for a single event, or for the entire season. For more information please contact us at info@stableone.com 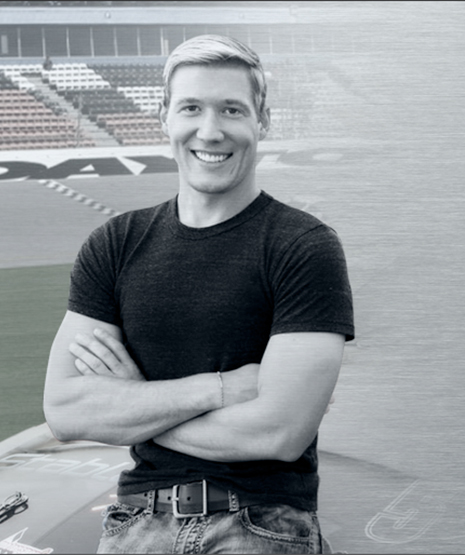